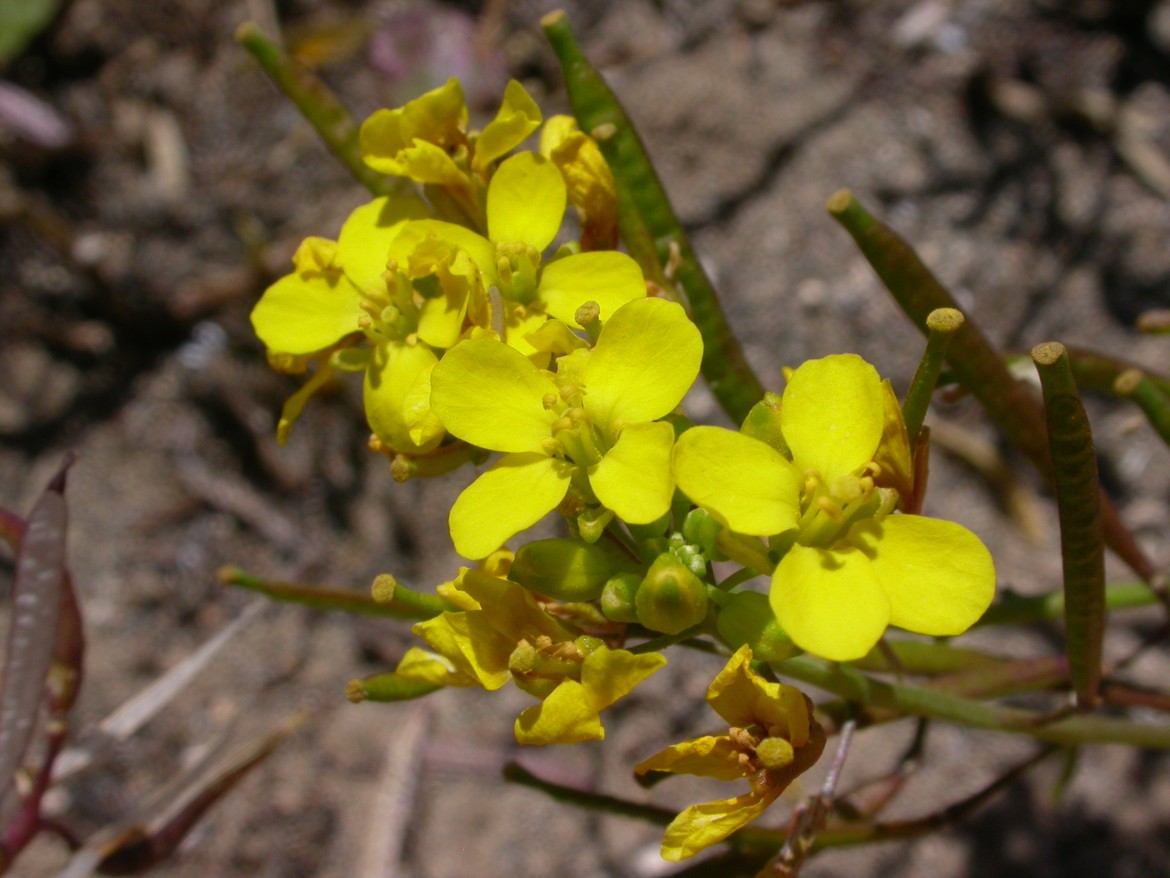 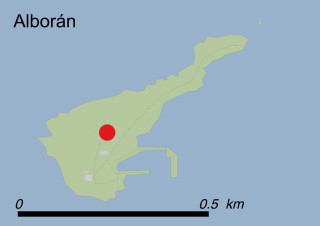 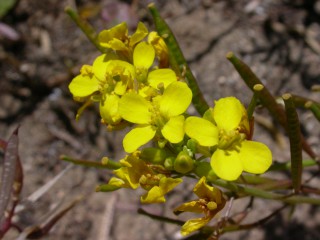 Diplotaxis siettiana is endemic to Alborán. This Spanish islet of only 7.12 ha is the tip of a volcanic platform situated between Spain and Morocco, 50 km away from the nearest mainland. Due to its flat surface, reaching only 15 m a.s.l. and surrounded by steep, almost vertical cliffs, the islet resembles an aircraft carrier. Local rainfall is very low, with less than 100 mm per year.

D. siettiana grows on sandy semi-nitrified and seasonally wet soils (habitat 13.3: Coastal sand dunes) within the gaps of a halophilous chenopod-scrubland prone to anthropogenic disturbance framed into the Pegano-Salsoletea class, Other salt-nitrogen-tolerant species co-occur with this species, for example Frankenia corymbosa, Mesembryanthemum crystallinum and the endemics Senecio alboranicus and Anacyclus alboranensis.

This annual spreading herb is 10-40 cm tall and has sparse hairs. The deeply-lobed leaves are somewhat fleshy, 5-15 cm long, and initially form a rosette at the base of the plant. The cauline leaves are smaller than basal ones and the divisions narrower. After the rainfall season, which occurs between December and April, the plant produces numerous yellow flowers consisting of 4-claw-shaped petals. The fruits contain 30.88 ± 4.92 seeds and are up to 3 cm long, ripening between February and May.

Together with D. ibicensis and D. brevisiliqua, D. siettiana has 8 chromosomes, a feature which places these three species as the oldest in the genus, a thesis confirmed by recent electrophoretic studies.

About 150 adult individuals were last seen growing in the wild in 1974 in a small area next to the island’s helipad. Thereafter, the species has almost certainly experienced temporary extinction, since all attempts to locate it in the 1980s and 1990s were unsuccessful. Fortunately, in the Seventies, Professor Gómez-Campo, a pioneer of plant conservation biology in Spain, collected seeds before the extinction of the species on the island and successfully used them for reintroduction in 1999.

This species has been categorized CR (Critically Endangered) according to IUCN Red List Criteria B1ac(iv)+2ac(iv). This means that the plant grows in a very small area and that population numbers show great fluctuations. The islet has long been inhabited and some actions such as the introduction of chickens (threat 8.1.2: Invasive non-native/alien species - Named species) and the irrigation of the helipad with seawater (threat 7.2: Dams & water management/use) in order to reduce dust for helicopter landings, could have induced its disappearance. Germination, flowering and fruiting are strongly affected by rainfall amount, hence extreme drought events (11.2: Droughts) may play a major role in its survival or extinction. Moreover, the expansion of Lavatera mauritanica and Mesembryanthemum spp. is reducing the available habitat for D. siettiana (threats 8.2.2: Problematic native species/diseases - Named species and 11.1: Habitat shifting & alteration). Although the population appears to be well established since its reintroduction, there is a high fluctuation in the number of individuals: from only 300 adults recorded in 2002 to more than 5,000 registered in 2005. In 2015, 4 years after the last reinforcement, 953 adults were recorded on the island. However, in one of the two points where restocking was performed, no individuals were found.

Legally: This species is protected at international, national and regional levels. It is listed as Endangered in the National Catalogue (Spanish Royal Decree 139/2011) and in the Regional Catalogue of Threatened Species (Andalusian Decree 23/2013). It is included in the Recovery Plan and Conservation of species of dunes, sandbanks and coastal cliffs (Government Council Agreement March 13, 2012,) which adds measures for its management. At an international level, D. siettiana is included as a priority species in Annex II of the EC ‘Habitats’ Directive. Moreover, Alborán is listed among the Specially Protected Areas (SPAs) of the Mediterranean since 2001, as an Important Bird Area (IBA) according to the EC ‘Birds’ Directive (2003 ES000336) and as a Special Area of Conservation (SAC) according to the EC ‘Habitats’ Directive (2015, ES6110015). Furthermore, since 2003, Alborán has been declared a Natural Park by the Andalusian Government.

In situ: The species is under monitoring and surveillance. Following the 1999 reintroduction, this species has been reinforced 6 times (2001, 2004, 2005, 2006, 2009 and 2011) to enhance population viability over the last few years. All these reinforcements were included in the Andalusian Threatened Plants Programme, which has also implemented measures to control invasive species on the island affecting D. siettiana (Almería Threatened Flora Conservation Project 2008-2010).

Ex situ: Before its temporary extinction, seeds were collected and multiplied at the seed bank of the School of Agricultural, Food and Biosystems Engineering at the Technical University of Madrid (UPM). Currently, seeds have been collected in 8 different campaigns and stored in the Andalusian Seed Bank located in Córdoba and in the seed bank of the UPM. A propagation protocol has been developed by the Andalusian Plant Propagation Laboratory and this species grows in the Andalusian Network of Botanical and Mycological Gardens.

A systematic population monitoring is required together with habitat restoration and on-going management. Periodic reinforcement campaigns in order to maintain the population might be necessary. The same holds true for alien species control. The fact that D. siettiana seems to prefer semi-disturbed habitats and competes poorly with dominant species must always be taken into account.