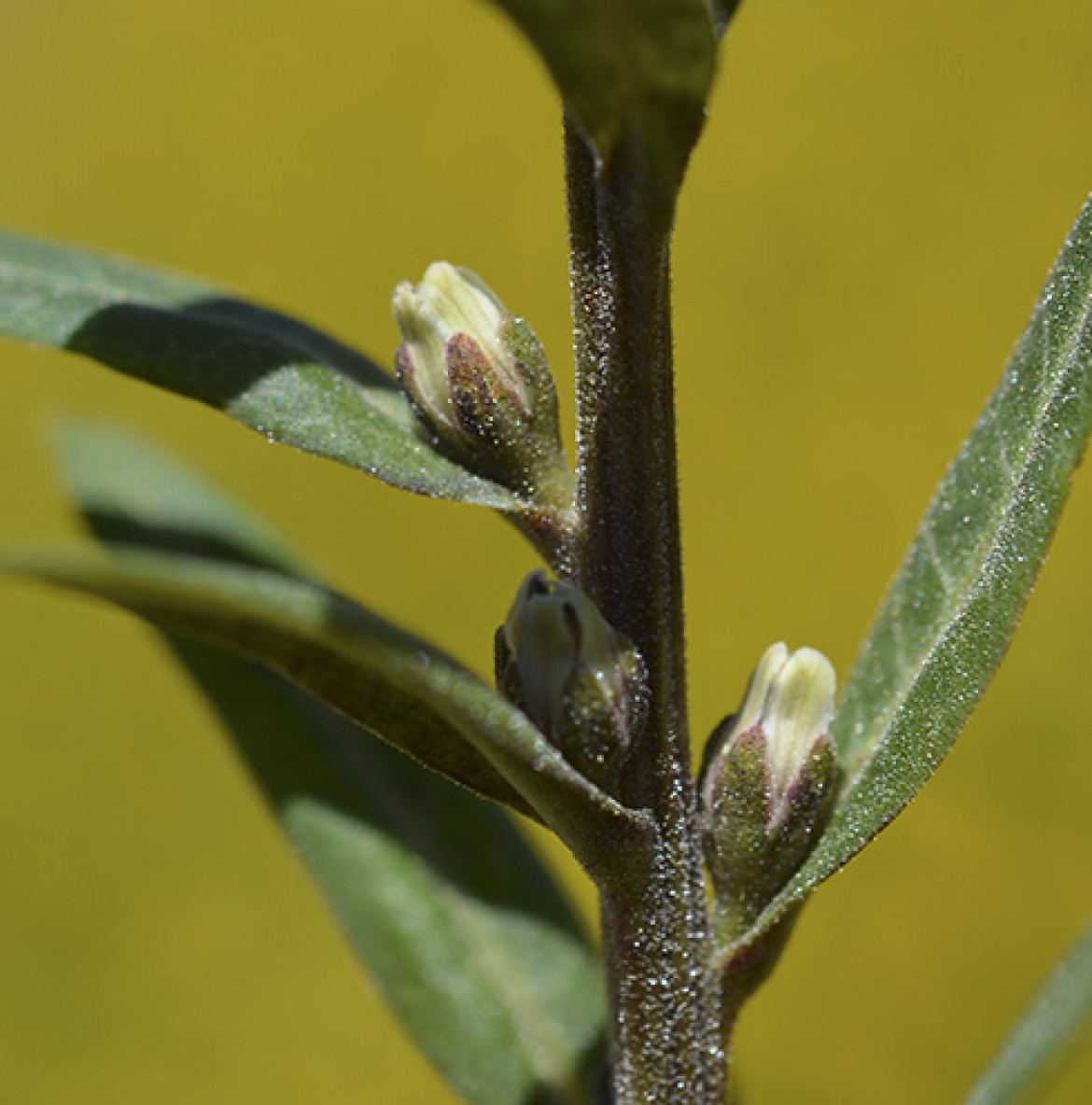 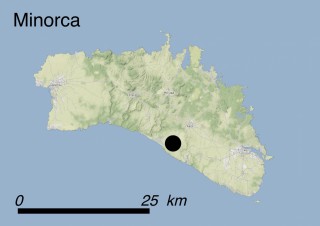 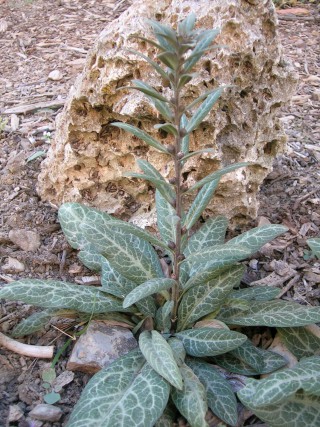 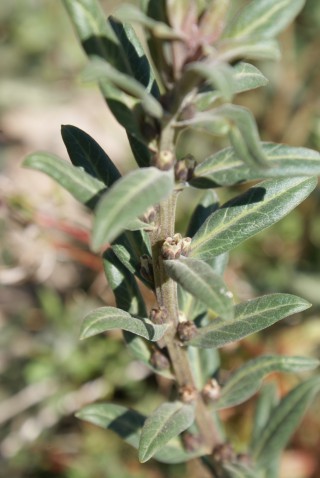 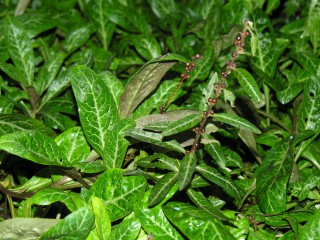 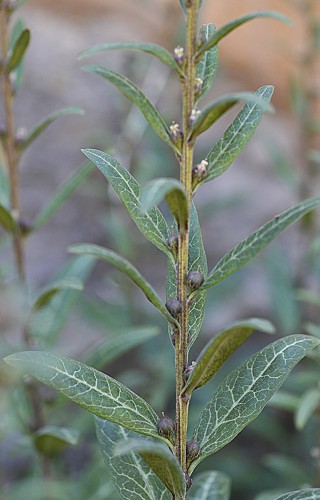 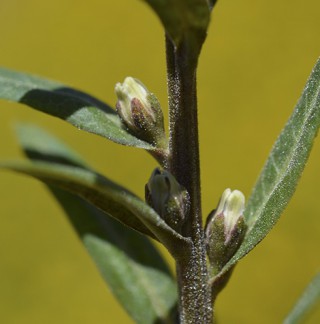 Endemic to Minorca in the Balearic Islands, Lysimachia minoricensis was only known from a single location (barranc de Sa Vall), from where it disappeared between 1926 and 1950. Fortunately, seeds had been collected, and the species was cultivated since 1926 in the Botanical Garden of Barcelona. Although Lysimachia minoricensis was believed to be lost when the garden was abandoned during the Civil War, a colony was later rediscovered, growing in the shelter of a bushy thicket. The short ecological notes provided by its discoverer suggest that the species grew in cool, shady places (probably within gorges).

This herbaceous biennial or short-lived perennial species grows up to 25-80 cm in height. Its stem is upright, simple or branching from the base, with small glands in its upper parts. Its oval green leaves have almost no or a very short stalk, and are covered by whitish nerves on the upper side and are purple beneath, a feature shared by several other Balearic endemic plants. The small flowers are arranged in loose, terminal bunches with leafy bracts. The flowers are yellowish-green with a red-violet throat, and are 4 mm long (just a little longer than the calyx). The calyx is deeply divided with obtuse teeth. Flowering occurs from May to July and the fruits, 3.5-5 mm long, contain numerous black, 1 mm long, rough, laterally compressed seeds.

This species seems able to produce seeds without pollinators, so it is cleistogamous. The number of seeds produced per individual is very high, reaching up to 3300. It has been experimentally proven that they have a very high germination rate, and germination can occur over a wide range of temperature, light, and soil salinity conditions. The leaves emit a strong odour, and the volatile organic compounds responsible for the smell may be effective in protecting the plant against herbivores, as in places where the species has been reintroduced, it is avoided by cattle.

This species has been categorized EW (Extinct in the Wild) according to the IUCN Red List Criteria. This means that the species is now only found in ex situ cultivation and in seed banks. Although the species has recently been re-introduced in the wild, up to now it has not been able to form self-sustaining populations. The reasons for its disappearance in the wild are unknown. It is possible that over-collection and the impact of human activities (such as fire and changes in agricultural practices) may have caused its extinction. On the other hand, the species might have benefited from agricultural activities practiced in the past, and the cessation of such practices could have caused the disappearance of its only suitable habitat. The most successful re-introduction attempts, during which plants survived for up to five years, have been carried out in areas previously disturbed by fire, cattle, goats or even used for habitat restoration purposes.

Legally: This species is included in Appendix I of the Bern Convention, is listed in the Spanish catalogue of threatened species (Catálogo Español de Especies Amenazadas), and is legally protected also at a regional level (Catàleg d’Espècies Amenaçades de les Illes Balears). The natural area where it used to grow and where some re-introduction attempts have been made (Son Bou i Barranc de Sa Vall) is included in the Spanish Natura 2000 site ES0000238 ‘Son Bou I Barranc de sa Vall’.

In situ: Attempts to re-introduce the species into its native habitat have been undertaken since 1959 but have been unsuccessful. During the most recent attempt (2010) this species was introduced in the gorge of Algendar as an action of a LIFE+ Project ‘RENEIX’ (LIFE 07 NAT/E/000756). However, as for previous attempts, the persistence of this new population is still uncertain because germination rates in natural conditions are very low. As a matter of fact, today only two plants persist in this new locality, so the species still needs to be considered as Extinct in the Wild.

Ex situ: Seeds of this species are conserved in numerous seed banks. It is also cultivated in several botanical gardens using seeds issuing from the plants of the Botanical Garden of Barcelona.

It is still urgent to improve knowledge on the reproductive biology of this species, especially the factors that inhibit the germination of the seeds in the wild. Introduction attempts need to be continued. A management plan needs to be developed in order to have a continuous monitoring of re-introduction success and to implement supporting actions that help new populations to become self-sustaining.