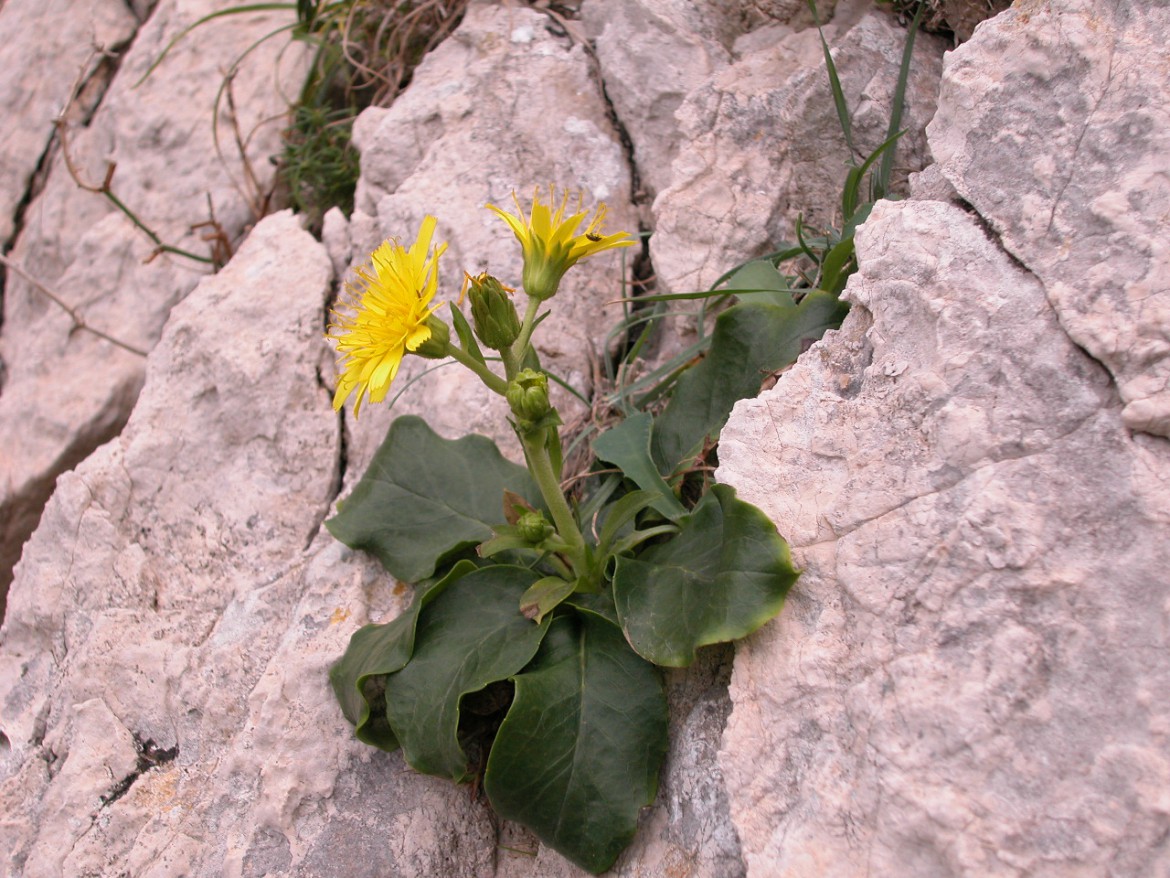 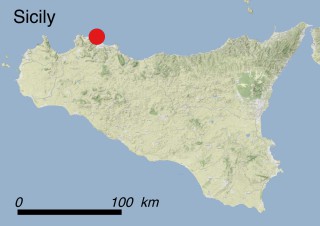 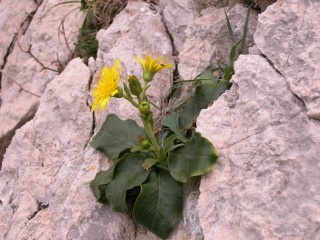 The only known population of this species is found exclusively along the shady sea cliffs of Mt. Gallo between 150 and 450 m a.s.l., over an area of 0.27 km2. This mount is a calcareous-dolomitic outcrop located along the north-western coast of Sicily, near the city of Palermo. The species grows on NW-facing cliffs exposed to fresh and humid winds coming from the sea (habitat 6.2 Inland cliffs. Rock pavements and outcrops) and rich in nitrates due to sea-bird droppings.

Hieracium lucidum is a small perennial herb with basal leaves forming a creeping rosette. The leaves have numerous star-shaped glandular hairs, particularly near the top, and have an intense and bright green colour with an entire or rarely toothed margin and persist after flowering. The stem is partially lignified and is surrounded by dead leaves at the base. Each flowering stem usually bears 3-10 yellow inflorescences, forming a narrow and compact cluster. Flowering usually occurs between October and November.

A very close relative, Hieracium cophanense Lojac., often treated as a subspecies, lives in the same habitat type and is located on the calcareous cliffs of Mt. Cofano and the top areas of the Zingaro Nature Reserve on Trapani Mts. (NW Sicily).

Hieracium lucidum is considered to be the ancestor of many other European hawkweeds.

This species has been categorized EN (Endangered) according to IUCN Red List Criteria B1ab(i,iii,v)+B2ab(i,iii,v). This is because of the low density of the population distributed in two locations and the limited dispersal capacity of seeds, so that no short-term increase of the AOO (currently 16 km2), may be expected. The number of mature individuals is estimated to be 400-600. Thanks to the inaccessibility of its habitat the species is currently not strongly threatened. Nevertheless, the recent increase in fire frequency represents a severe threat inducing changes in local vegetation patterns and dynamics (threat 7.1.1: Fire and fire suppression - Increase in fire frequency/intensity). Moreover, as the population occurs close to an inhabited area, various human activities may increase the fire risk (threat 1.1: Housing and Urban areas). These combined threats may be responsible for the decline of EOO, AOO, quality of the habitat and number of mature individuals.

Legally: Although this species is included in regional and national Red Lists, it is not protected by any law or convention.

In situ: The whole population occurs within the zone 'A' of the “Capo Gallo” Nature Reserve, where no collection of wild specimens or quarrying is allowed, and in the Natural 2000 site ‘Capo Galo’ ITA020006. A management plan of this Natura 2000 site, aimed at the conservation of wild species and habitats, has been recently produced.

Ex situ: The seeds are stored in the plant seed bank of the University of Palermo.

The nature reserve is prone to frequent wildfires, so fire prevention and suppression is urgently needed in order to preserve not only H. lucidum but also the entire plant community