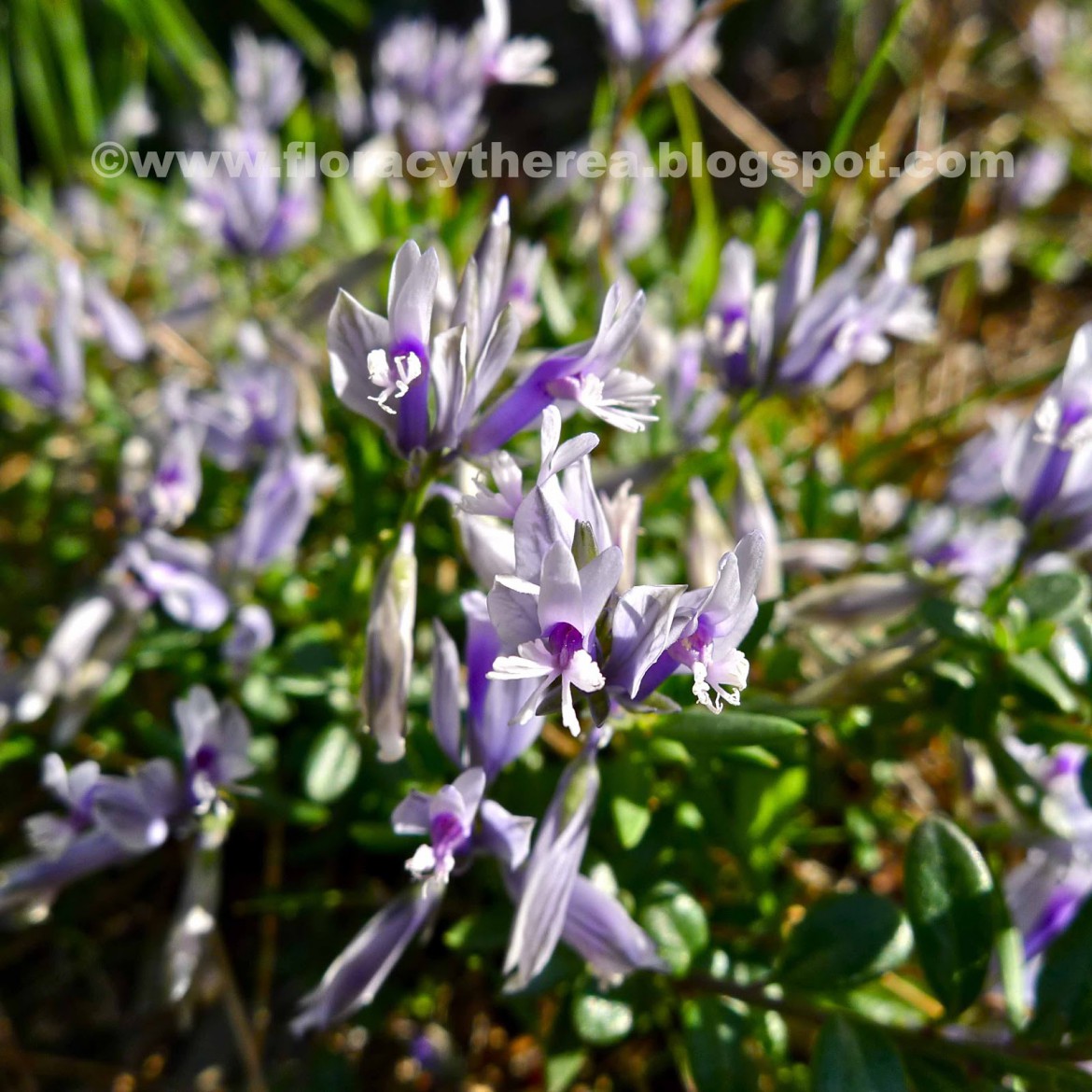 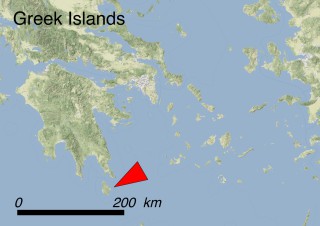 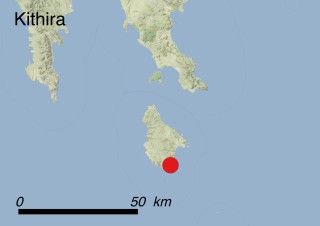 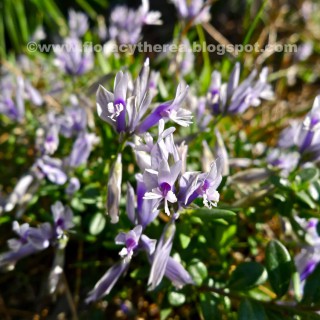 This species is endemic to the island of Kithira, which lies in the Ionian Sea between Cape Malea, the easternmost tip of the Peloponnese, and Crete. The taxon is known from only three subpopulations located near Kalamos, SE of Kalamos and between the monasteries of Agios Kosmas and Mirtidia, but it probably also occurs elsewhere on the island. Polygala helenae grows on sandy, stony and thin soils and is typical to patchy, low and open vegetation (habitat 3.8.3: Spiny Mediterranean heaths - phrygana, hedgehog-heats and related coastal cliff vegetation). The species is difficult to find not only because it is rare, but also because it is rather inconspicuous. It usually grows between or under co-occurring spiny cushion-like subshrubs such as Genista acanthoclada and Sarcopoterium spinosum and is easily overlooked. Only its slender branches can be seen protruding from these dwarf woody species that locally dominate the phrygana.

Polygala helenae is a 5-12 cm tall, perennial herb that is branched, and sparsely pubescent with short curved hairs further up. The lower part of the stem is lignified and procumbent, while the branches of the upper part are curved upwards. The lower leaves are elliptic-lanceolate with nearly parallel sides. The inflorescence consists of dense terminal racemes with 5-30 flowers on short stalks. The flower stalks have approximately the same length as the modified leaves originating at their base. The flowers have two different types of sepals; the outer two are whitish, 9 mm long and 4 mm wide, and the inner ones (wings) are whitish or lilac, 6-8 long × ca 4 mm wide. The petals are pale blue, united proximally into a tube, free in the distal part, slightly longer than the inner sepals (wings). The lower petal, called keel, is distinctly shorter than the two upper ones. The fruits are capsules containing dark brown seeds about 4-5 mm long.

P. helenae is a narrow endemic species. A purple tulip, the Greek endemicTulipa goulimyi, co-occurs in the same areas. Interestingly, the nearest relatives of Polygala helenae are two Balkan endemics, i.e. Polygala venulosa and Polygala supina. According to the recently published Atlas of the Aegean Flora, Polygala helenae falls within the range of variation of P. venulosa Greuter; hence its taxonomic status is doubtful.

This species has been categorized as CR (Critically Endangered) according to IUCN Red List Criteria B1ab(iii)+2ab(iii) because all its known subpopulations are located over a very small area and only occur within "phrygana" communities which have colonized abandoned fields. Although wide surfaces of the island are no longer cultivated, many of them may be re-used for agricultural purposes in the near future (threat 2.1.2: Annual & perennial non-timber crops - Small-holder farming). Should this happen, the species could be affected from land-use changes. The species is also threatened with increasing tourism pressure because its habitat could be transformed due to the construction of touristic facilities (threat 1.3: Tourism and recreation areas). The area of occupancy AOO and the extent of occurence EOO are less than 10 km2 and the subpopulations are severely fragmented.

Legally: The species is not included in any international convention nor protected by any national law and the subpopulations do not fall within any Natura 2000 site.

Ex situ: Cultivation from seeds and attempts to transplant this species from the wild into the Botanical Garden of the University of Patras (Greece) have both failed.

Given that to date ex situ conservation efforts have been unsuccessful, the best option to conserve this species appears to be the enhancement of extensive and sustainable agricultural practices. Since the species seems to avoid either undisturbed or too disturbed habitats, maintaining a patchwork of old fields and moderately grazed surfaces could provide suitable habitats for the survival and spread of the remnant subpopulations.