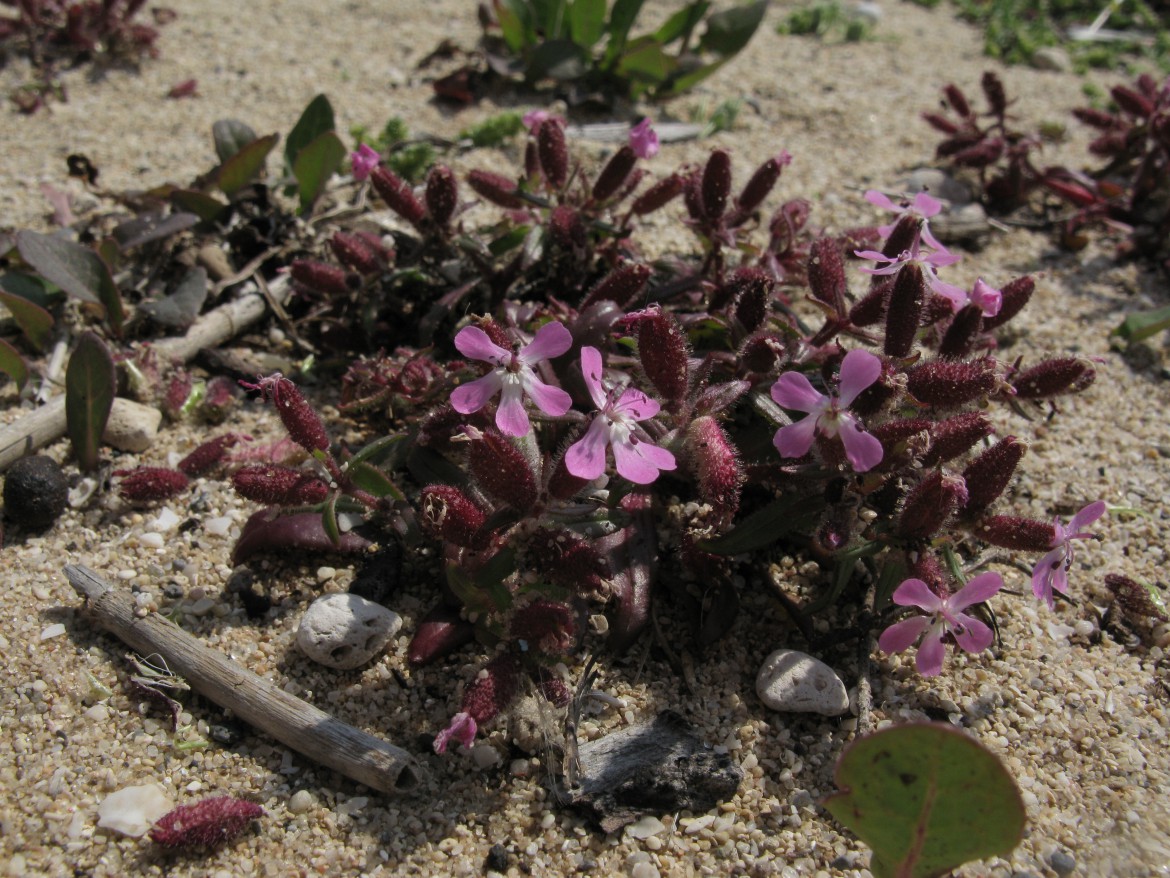 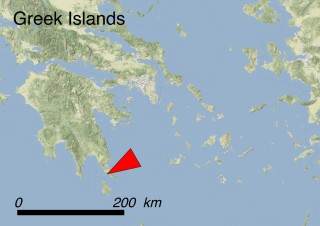 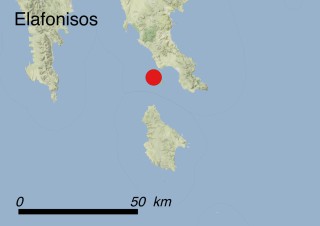 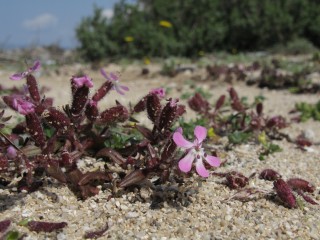 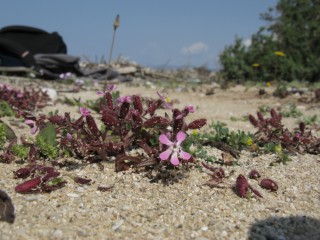 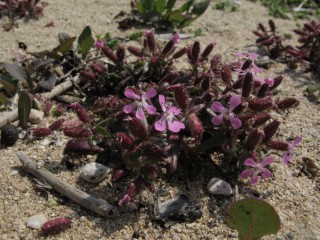 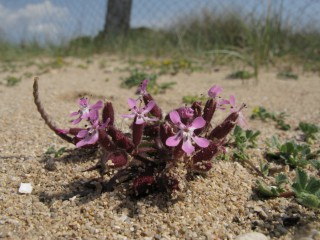 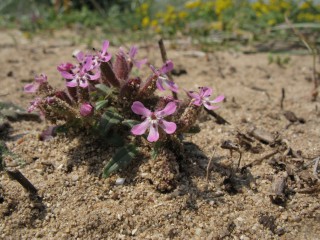 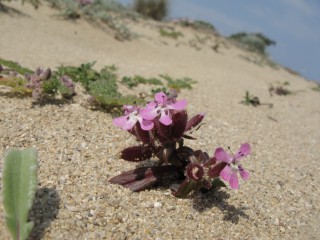 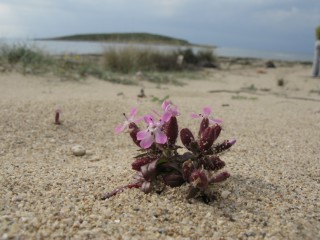 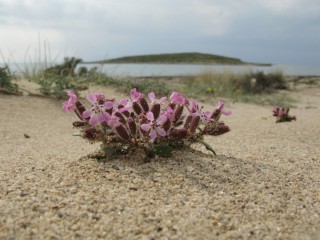 Saponaria jagelii grows only in the western part of the small 25 km2 island of Elafonisos which is located 600 m off the southern coast of the Peloponnese. The species only grows in two scattered, very restricted localities on sandy sea shores (Habitat 13.3: Coastal sand dunes).

S. jagelii is an annual plant with an erect, robust 3-10 cm long branching stem. The stem is reddish, covered with scattered glandular hairs in the upper part whereas the lower part is almost glabrous. The leaves are fleshy and reddish-green, 1-4.5 cm long and lanceolate and the leaf margins are occasionally fringed with fine hair. The upper leaf surface and leaf stalks can be hairy as well. The calyx is cylindrical, reddish, bearing short teeth and is covered with glandular hair. The petals are red, but white and tapered towards the base. The flowering period lasts from March to early June. Dispersal occurs shortly after, when the fruit, a nearly cylindrical capsule, opens and releases the seeds.

The species is characteristic to sand dunes, where it grows together with Ammophila arenaria subsp. australis, Euphorbia paralias, Medicago marina and Silene sedoides. This narrow endemic plant is strictly related to Saponaria calabrica, which occurs on different habitats (rocky slopes and waste places) up to 2000 m a.s.l. According to the the recently published Atlas of the Aegaean Flora, it could actually represent a local ecotype of S. calabrica adapted to coastal sand shores.

The species has been categorized as CR (Critically Endangered) according to IUCN Red List Criteria B1ab(i,ii,iii,v)+B2ab(i,ii,iii,v) because the plant is only known to occur at two sites covering a very small area, in two restricted sandy sea shores. Furthermore, the quality of habitat and the number of individuals are expected to decline. Tourism is rapidly developing on the island and several human activities on the beaches, such as the transit of motor vehicles and trampling by visitors, represent major threats, especially during the flowering period (threats 1.3: Tourism and recreation areas and 6.1: Recreational activities).

A potential increase of tourism and tourism-related activities in the springtime could result in a rapid decline of the population or even cause the extinction of the species within a short time. However, the species may tolerate a moderate number of tourists during the peak summer tourist season since the fruit capsules are already ripe at the end of May.

Legally: This species is not included in any international convention or national legislation. The plant enjoys indirect protection as it falls within the Natura 2000 site GR2540002 ‘Periochi Neapolis kai Nisos Elafonisos’.

Ex situ: This species is being cultivated in the Botanical Garden of Bochum University (Germany).

Since it is pointless to prevent tourists from accessing the beach, cars at least should be forbidden and obligate paths indicated through information panels. Ideally, sand dunes should not be accessible during the seed dispersal period of S. jagelii, i.e. from early May to early June. Ex situ conservation initiatives such as cultivating the species in botanical gardens and storing its seeds in seed banks, should be promoted.